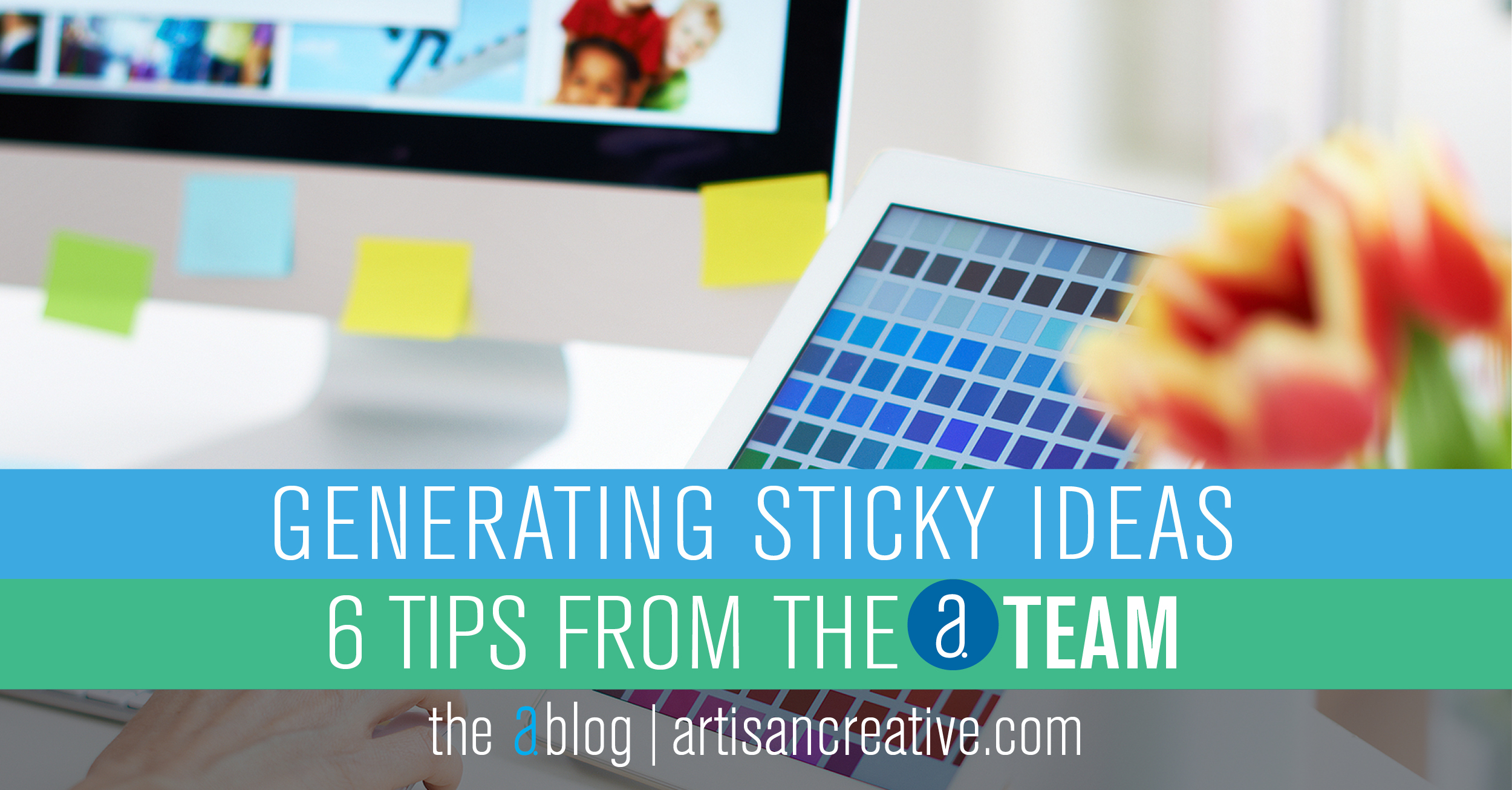 Some think of creative inspiration as that elusive moment of epihany when the lightning bolt of clarity suddenly strikes. If you’re a creative professional or entrepreneur, you know that you can’t rely on such breakthroughs to happen simply when you need them to.

That’s why many of the tried and true books in the creative industry focus on proven, repeatable formulas for generating effective ideas at any time, even when you’re not feeling like Leonardo Da Vinci.

One such book is Made to Stick: Why Some Ideas Survive and Others Die, by Chip and Dan Heath. Drawing from backgrounds in science, marketing, and folklore, the Heath brothers set out to find patterns among “sticky ideas,” concepts that catch on, spread, and “stick” in the collective memory of an audience. Released in 2007, this book has become an essential read in the advertising/marketing trades and beyond; its ideas have proven remarkably prescient in fields from pop culture to politics to online memes.

The Heaths boil down the essence of a sticky idea to six core principles, which they describe in their “SUCCESs” model. You can use this formula to generate your own ideas and to test them for “stickiness,” no matter what sort of creative work you’re doing.

Ask yourself if your idea meets the following descriptions, as the most “stickiest” of ideas tend to be:

To win the minds and hearts of an audience, get right to the point. “The man who chases two rabbits catches neither,” says one Confucian proverb, and if you make a complicated argument with several different key points, your audience is unlikely to remember any of them. Your ideas must be simple, useful, and profound. Practice cutting away all that essential fat on your ideas, until they’re lean, strong, and unforgettable.

The most memorable ideas disrupt norms or break predictable patterns. You can use counterintuitive and surprising ideas to roust people out of their trances, making them laugh, think, or take action.

Consider the iconic tagline from the rental company Avis: “We’re number two, so we try harder.” In this campaign, the company grabs attention by confessing a weakness – it has a long way to go to catch up with Hertz, the industry leader – and inverts it into a strength. Audiences expect companies to puff themselves up; they don’t expect them to admit to weakness, or to explain how it actually makes them stronger. With its sincerity, self-deprecation, and use of the unexpected, this Avis campaign ‘stuck’ for 50 years.

A concrete idea is specific, vivid, and visceral. It has mass, weight, and impact. In a world accustomed to the lofty abstractions of academic and corporate jargon, a concrete idea will stand out. Practice communicating your ideas in pictures, sounds, and feelings, and take advantage of the human mind’s natural affinity for information that appeals to the senses.

You may not be a doctor (or even play one on television), however, you should be able to support your ideas with a sense of trusted authority. Celebrity endorsements and personal stories work because when trusted public figures are willing to stake their reputations on something, those who trust and admire them will approach it with confidence. If you can’t get the Surgeon General to endorse your product, you can show it in action, present case studies, or cite striking statistics and details to enhance your credibility.

An appeal to a person’s pride, fear, anger, or compassion is usually more effective than trying to convince them with logic. To quote Jonathan Swift, “you cannot reason someone out of something he or she was not reasoned into.” Even the most rational and sophisticated people can only override their core emotions with great difficulty.

Timeless storytelling structures such as “the hero’s journey” are still used by Hollywood screenwriters because they work. They can hook an audience’s attention and appeal to shared and deeply held values. They work just as well for advertisers and creative professionals. Storytelling can even help build a better portfolio – instead of piecing together a collection of projects, embrace an internal structure and communicate a story of how you’ve evolved and what you’ve learned from your experience.

Creativity is a science and an art, and it can be learned. Contact Artisan Creative, and we’ll provide resources to put you on the creative fast track and provide access to opportunities to improve your work and build your career.

Artisan Creative is celebrating 20+ years in staffing and recruitment of creative professionals. Over the years, we’ve learned a thing or two that we’d like to share with you. We hope you enjoyed the 430th issue of our weekly a.blog. You can find more articles here.

LOOKING TO HIRE
LOOKING FOR WORK